When many people think about the Good Samaritan Act, they think about someone choking and

another person not having to think twice to save him. They know that if they help, any unintentional

harm can’t lead to a lawsuit. While this is the general idea of the Good Samaritan Act, it is extended to

Under the Good Samaritan Act Law, anyone can seek help for themselves or someone else during a drug

overdose situation. This includes cases in which someone overdoses on heroin.

The medication Naloxone treats drug overdoses and can save people’s lives. The problem is that getting

the medication means admitting someone is on illegal substances, which could lead to prosecution. So

in the past, instead of people seeking the medication in case of overdose, they were running from it.

With heroin killing over 50,000 a year, it’s important that people understand there is help for them and

their loved ones who are addicted to the drug without fear of going to prison.

Prior to the Good Samaritan Act Law, heroin addicts suffering from overdose who showed up in

hospitals could be arrested for possession. Now, they are being helped with treatment instead. This is a

much more positive solution than jail, and it can save taxpayers thousands of dollars.

Addiction is a disease, according to many experts. This disease must be treated, like any other disease.

There’s a biological and emotional component in addiction, and that can be helped with psychotropic

masked by the illegal substance. Therapy is available to untangle the emotional/mental dependence of

the drug that makes addicts believe they cannot live life without it.

Keeping those addicted to heroin and other drugs out of prison can be difficult, as the drug wrestles for

control. MDADS helps addicts, loved ones, and the legal system keep drugs from sabotaging any benefits

that have come from the Good Samaritan Act Law in Michigan. When someone is forced into treatment

and then released, it’s important that they remain drug free. Accountability is the biggest factor in this,

and that’s when MDADS steps in with drug and alcohol testing, offender monitoring, and counseling

success. By offering lab and instant drug testing at our facility that are admissible in court, addicts know

they must remain clean or risk their freedom. Offender monitoring allows probation officers an easy

way to keep track of those on their caseload and reminds those addicted that they are being tracked.

Finally, our counseling services helps addicts and their families understand what addiction is, what it

does, and how to come back from it. It’s what solidifies the treatment received from the rehab center.

At MDADS, we’re excited about the new Good Samaritan Act Law in Michigan. We believe this will save

the lives of so many people who struggle with heroin addiction, and give them more hope for a better,

brighter future. Every day, we help people recover from the depths of addiction, and we look forward to

helping so many more as people take advantage of the help of Naloxone without fear of imprisonment. 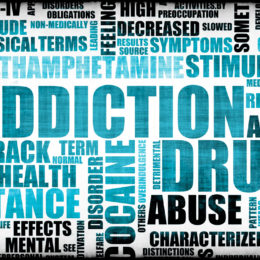 The Bureau of Prisons reports nearly half of people in prison are in for drug-related offenses. The cost of incarceration is high, and it’s rising with the average cost of an inmate as $31,286 per year. Not to mention, prisoners are not part of the workforce, further hurting the nation’s economy. Keeping drug offenders (possession mostly) out of prison saves money and benefits the economy, if they are responsible, productive members of society.

With addiction being the cause of most of the possession cases that enter the courtroom, having resources to turn to during judgment can help keep those addicted out of prisons.

Active addiction can lead to overdose. The rate of death from drug overdose hit a peak just two years ago, according to the U.S. Department of Health and Human Services. Most of these overdoses were due to opioid use, such as pain killers and heroin. Michigan is 10th in the nation for opioid drug use, and the 18th in the total number of overdose deaths. While Michigan has been making accessibility changes for medication to reduce opioid addiction and overdose deaths, it’s a work in progress.

MDADS serves to protect individuals from the risks of drug addiction with offender monitoring, PBT, tethering, and GPS services. M-TRACK offers an accountability monitoring solution. It is powered by SCRAM and SOBERLINK. It’s an alternative to jail.

MDADS offers many M-TRACK programs. Soberlink BREATH PBT units, Scram CAM, GPS, BREATH PBT, and HOUSE ARREST monitoring systems are all utilized for tracking offenders. They are the most effective ways to ensure offenders receive the monitoring needed to keep them accountable.

Contact MDADS right now for more information on these programs by calling 586-510-4992.

Therapy for Support and Guidance

People suffering from drug or alcohol addiction often deal with unresolved inner turmoil. According to Steven Earll, MA, MS, LPC, LAC, “Unresolved family trauma is at the root of most major life conflicts facing individuals and families. Addictions, personal dysfunction, relationship conflicts, divorce, and abusive behaviors often find their origins in a painful family history.” Treatment for deep rooted issues can help addicts recover to become productive members of society. “All families and individuals encounter trauma at some point in their lives; the way we handle trauma often determines how it will affect our lives and our family’s life for years – or generations – to come,” Earll says. When people learn better ways to handle life’s challenges, they have a higher chance of success with addiction recovery and rebuilding their life.

Michigan Diagnostics Alcohol and Drug Services (MDADS) offers a convenient way to refer offenders to counseling services (substance abuse counseling, individual and group therapy, and alcohol and drug assessments). With professional therapy, offenders can receive the support, guidance, and education needed to recover from addiction and put their life back on track by re-entering the workforce and caring for their family.

Time is of the essence with busy courtrooms. MDADS provides a quick and easy referral source for judges and lawyers to use in cases. Call 844-MDADS-4-U for instant access to drug monitoring systems and addiction treatment options.